A Natural History of the Novel

The novel, like jazz, resists definition. Even the best of lexicographers can offer nothing more substantial than “an extended fictional narrative.” And little wonder, given the variety of works that have represented the genre in the centuries since Apuleius wrote his Metamorphoses. “The house of fiction,” wrote Henry James, “has not one window, but a million.”

The faintness of the novel’s portrait poses a challenge. If we cannot sharpen its faint lines, can we at least identify a few of the internal principles that enliven the form? One approach to the task is to extend the critical insights of Roger Fry, a critic who long ago mapped the terrain of art with canny insight. If his chosen media were oil painting and sculpture–with an occasional nod to music and drawing–his larger aim was to cast into high relief the dynamics common to every medium. Perhaps he will help us understand the novel.

Fry believed a work of art can project both natural and aesthetic emotion. The first is communicated by representational elements—easily recognizable figures of people and natural objects–which convey accessible meaning. The second is communicated by the work’s formal components—patterns of colors and lines which convey an ineffable cognitive construct.

A viewer can observe these two channels in the painting The Horse Fair by Rosa Bonheur (pictured.) At one level, the painting communicates natural emotion through a narrative populated by recognizable people and horses. (One contemporary critic stated that he felt like jumping out of the way). At the same time, viewers attuned to form will experience an ineffable aesthetic emotion through the contemplation of what Fry called a painting’s “spatial relations of plastic forms.” These include the tension aroused by the work’s vigorous motion, and the powerful use of line, color and mass. 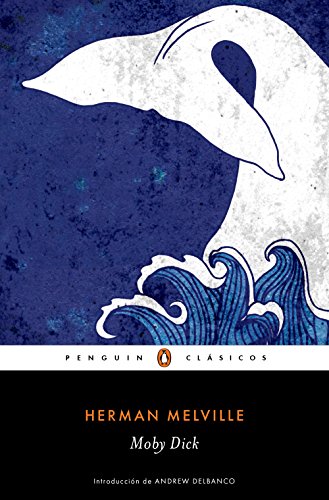 What’s true for painting holds for the novel. We see a parallel duality in Moby Dick, for example. At one level an accessible adventure story stimulates human emotions of anxiety, fear and hate. But readers can also experience inexpressible feelings of aesthetic emotion from the author’s poetic language, patterns of leitmotivs, and suggestive allegories. Melville once likened his writing process to a kind of “unfolding within himself,” and praised Shakespeare for an ability to communicate “deep faraway things,” and “intuitive Truth”—all comments that suggest the novelist put special value on a formal level of meaning. Just a few of the thousands of novels which exhibit this duality are Virginia Woolf’s To the Lighthouse, James Joyce’s Finnegan’s Wake, Thomas Mann’s Death in Venice, Thomas Pynchon’s Gravity’s Rainbow, William Gaddis’s The Recognitions, and Henry James’s The Ambassadors. The duality likely exists to some extent in most novels—does not the very presence of language demand attention to form as well as meaning?

Fry offered a second useful insight when he cited “the expression of an idea in the artist’s mind” as the first principle in art. Here again is a duality. At one level is a natural idea, a mental picture of an object such as a person, tree or mountain. At a second level is an aesthetic idea which is an ineffable combination of principles: not only a mountain, for example, but also the accompanying feelings that the presence of the mountain stimulates in the observer. Cezanne must have had just such an aesthetic idea in mind when he painted his Mont Sainte-Victoire series.

The aesthetic idea for Moby Dick must have been as indefinable as Cezanne’s. Melville had in mind a matrix of philosophic principles related to his whale hunt narrative. He rendered them in a complex of linguistic brush strokes that, like those of an abstract painting, can seem meaningless singly and a confused mess in toto for any but a dedicated reader. 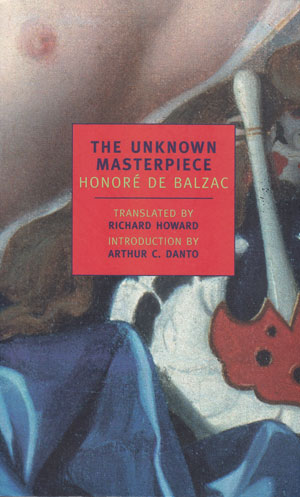 Sounding with a special resonance on these matters is The Unknown Masterpiece, a novella by Honoré de Balzac which gives us a protagonist, Frenhofer, who is the very image of a painter who has risen to the challenge of an aesthetic idea. Frenhofer insists on the necessity of an artist putting his soul into a painting and on the possession of a divine fire to give a portrait “the breath of life.” And he praises Pygmalion for creating a statue that walked. “It is not the mission of art to copy nature,” he proclaims, “but to express it.” What is most noteworthy about Frenhofer, however, is his portrait of Catherine Lescault, which is as formally challenging as any painting by an abstract expressionist.

The novel itself renders in large what Frenhofer achieves in small. The presence of an aesthetic idea tends to distort a work’s material of construction, and in The Unknown Masterpiece that distortion visits upon language unfamiliar dynamics in the form of unclear character motivations, undetermined narrative events, and fantastical images such as a gloomy staircase with an atmosphere likened to a “walking canvas” by Rembrandt. Not the least of these formal distortions is the mysterious Catherine Lescault, a character who manages to be both central to and only vaguely connected with the narrative.

Enigmatic elements all, and little wonder Balzac claimed that his novels depicted “the ravages of thought.” For the reader, it all amounts to a challenge, for as we have seen with Cezanne and Melville, neither the aesthetic idea, nor the aesthetic emotion that it generates, can be fully rendered in understandable propositions. The reader of The Unknown Masterpiece who asks “What’s it about?” can be answered only in oblique terms. The ability of all of these works to exist as unreasonable coherent entities makes them examples of what Arthur C. Danto has termed “a true impossibility.”

When novelists attempt to render an aesthetic idea, story and plot are de-emphasized. What takes their place? Susan Sontag suggested an ambitious film can substitute for story “a body of material, a subject” which assumes a form of “variations on a theme.” She was talking about Ingmar Bergman’s Persona, but we can extend her filmic insight to the novel. We certainly see this dynamic in Moby Dick, where a recurring theme of death, to name just one of many, arises as early as the protagonist’s arrival at the Spouter Inn to confront the owner, Peter Coffin, then continues with the carving of a casket by Queequeg, and does not disappear until the narrative’s final scene. The novel’s other leitmotivs include whiteness, defiance against authority, and the loving nature of friendship. 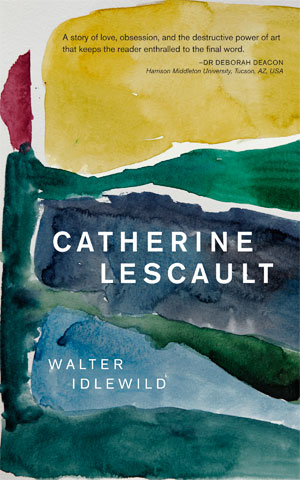 In my own novel, Catherine Lescault, I attempted to regenerate some of the leitmotivs Balzac introduced in The Unknown Masterpiece. Perhaps the most prominent is the living creature who either disappears into, or steps out of, a painting or sculpture. Appearing frequently throughout Catherine Lescault, this leitmotiv is inspired directly by Frenhofer’s avowed investment in works of art that literally live and breathe. Other Balzacian leitmotivs carried over into the novel are the conflict between human love and art, and the enlivening power of abstraction. The latter principle is present in both Frenhofer’s painting and the novella itself.

A number of Balzacian characters appear in Catherine Lescault to support these leitmotivs. These include Frenhofer himself, now sporting the given name Joseph, as well as Gillette, Porbus and Poussin. The suggestive permutations of most of the novel’s characters qualify them as leitmotivs in themselves. Not least in this regard is the titular character who undergoes a series of transmutations as the story proceeds. If the novel is successful the reader will envision a full portrait of Catherine Lescault which is undecipherable into its component lines and colors. As with any work built around an aesthetic idea, a portion of the novel must forever remain as encoded as the cryptic document Frenhofer discovers squirreled away in a hidden box.

Part and parcel of what has gone before is a vital fundamental assumption: language is as plastic a material as paint, and therefore as subject to productive abstraction. Candida Smith, daughter of sculptor David Smith, suggested something like this in a recent interview:

“My father took different approaches to abstraction. There was the linguistic approach via James Joyce. A friend of his told me he used to say he didn’t need Picasso because he had James Joyce. In other words the door to abstraction was through Picasso or it was through James Joyce and that abstraction of language in the letter [she is referring to some shaped letters in Smith sculpture] is very Joycean in its way.”

Smith here maintains that a single principle of abstraction animates the clay of Picasso and the language of Joyce. She suggests not only that the distorted letters of some of her father’s sculptures manifest this common dynamic, but that a text can become as productively abstract as paint, steel and clay, allowing authors, like their fellow painters and sculptors, to generalize inexpressible ideas by exploiting the plasticity of their constructive materials. And this is what we see with novelists we have already discussed, along with many others such as Gertrude Stein, Samuel Beckett, and Alain Robbe-Grillet.

For all these authors, the drive to express an ineffable germinal idea results in a purified language with a substrate divorced from an easily accessible surface denotation, resulting in a text where significations seem as confused as the brush strokes of Frenhofer’s painting. Hence a novel by Melville is of the same genus as a painting by Cezanne or a sculpture by David Smith. And all will be composed of elements which defy explication, resist reduction, manifest as abstract forms, and possess no meaning beyond the act of viewer engagement.

If we have managed to enrich our faint sketch of the novel with that dash of chiaroscuro, a full portrait eludes us. Fry himself questioned the ability of anyone to define an aesthetic which would comply with the dictates of reason and satisfy the demands of the practical. He concluded his life’s mission with these terms: “I have never believed that I knew what was the ultimate nature of art.”