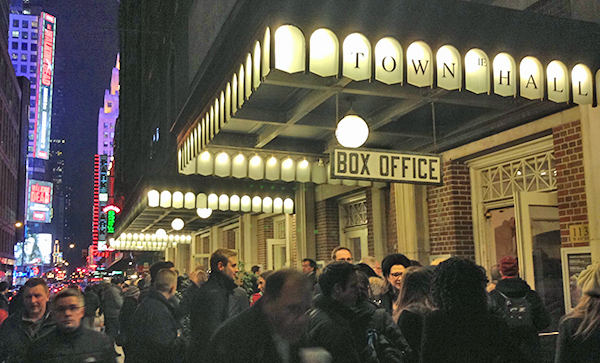 New York – The New York Review of Books celebrated its 50th anniversary Tuesday at Town Hall in midtown Manhattan. Crowds milled about on the sidewalk prior to the event, where founding NYRB editor Robert Silvers remembered the departing comment of his previous employer at Harper's: "You'll learn a lot and you'll be back in a month." John Banville praised the periodical's "absolute commitment to literature." And Mark Danner recalled the journal's early office atmosphere as "charitably Dickensian.